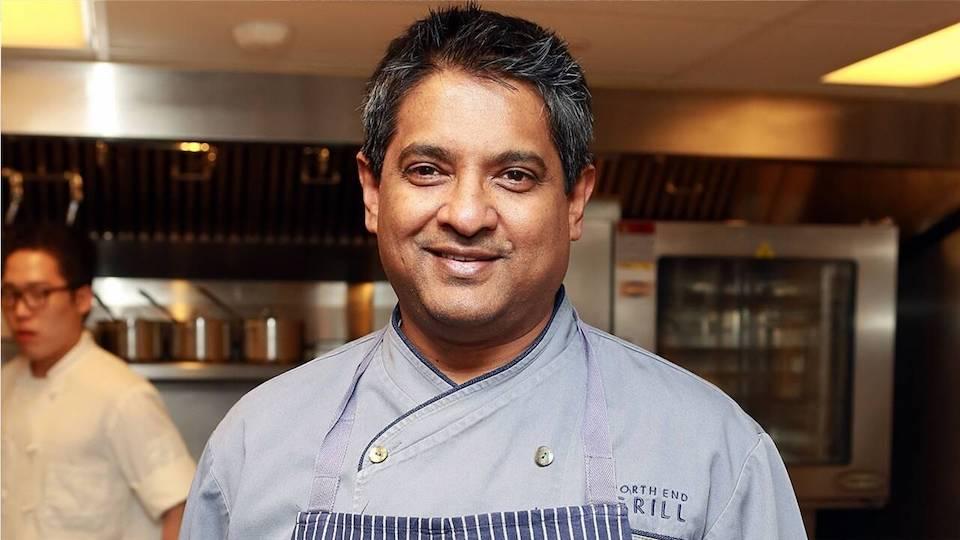 ‘Top Chef Masters’ winner Floyd Cardoz dies after coronavirus diagnosis. (CNN) — World-renowned chef Floyd Cardoz died Wednesday in New Jersey at age 59. Cardoz had tested positive for coronavirus.”It is with deep sorrow that we inform you of the passing away of Chef Floyd Cardoz,” according to a statement from Hunger Inc. Hospitality, where Cardoz was the culinary director. Cardoz tested positive for COVID-19 on March 18 and was being treated for it at Mountainside Medical Center in New Jersey, the statement said. In a 2017 CBS interview, Cardoz explained how he ended up becoming a chef. “I wanted to be a biochemist. Then I read ‘Hotel’ by Arthur Hailey. This is so much fun because I loved food growing up. Then I started cooking and realized I was really good at it.” Raised in Mumbai, India, Cardoz went to Les Roches culinary school in Switzerland before coming to New York City. He was the executive chef at Tabla, the pioneering modern Indian restaurant he opened with Danny Meyer in 1998, earning him multiple accolades and critical acclaim. He later helmed Meyer’s North End Grill, while he competed and won on Bravo’s third season of “Top Chef Masters.” He later opened Pao Walla in New York City’s Soho neighborhood and followed that up with Bombay Bread Bar, which closed last year. Cardoz also had restaurants in Mumbai — Bombay Canteen, O Pedro, and Bombay Sweet Shop. The chef was the author of two cookbooks: “One Spice, Two Spice: American Food, Indian Flavors” (2006) and “Floyd Cardoz: Flavorwalla: Big Flavor. Bold Spices. A New Way to Cook the Foods You Love” (2016).Cardoz admitted himself to the hospital on March 17 after feeling feverish. He had recently returned from India, where he was filming the Netflix series, “Ugly Delicious” with actor Aziz Ansari. He posted a selfie on Instagram that day.

Another Instagram post from Bombay Canteen from that day read, “Chef Floyd Cardoz (59 years), Culinary Director, Hunger, Inc was admitted into the hospital in New York with a viral fever. Chef Floyd who was earlier in Mumbai left the city on March 8 for New York via Frankfurt airport. He is being closely monitored for his condition and we wish him a speedy recovery.”

Food magnate David Chang posted about Cardoz’s death on Instagram: “Heartbroken over the loss of Floyd Cardoz to COVID-19. Rest in peace Floyd…we will carry on your beautiful legacy.”

“I am shocked and so sad,” said TV chef and cookbook author Madhur Jaffrey.”He had such ambitions. He was an innovator. He was all set to do so much more. To be struck down like this in the midst of a brilliant career is heartbreaking,” Jaffrey said. Chef Preeti Mistry, of Juhu Beach Club in Oakland, also reflected on Cardoz’s life and legacy.” I have always snarked that the media acted like he was the only Indian chef in the (United States),” Mistry told CNN. “And yet he was that guy that everybody looked to and followed. And now he is gone and it’s just really f**king sad. And I’m so angry at this whole virus and world.”Chef Michael Anthony, the executive chef of Gramercy Tavern in New York, called Cardoz “a constant source of knowledge and inspiration.” With his passing the restaurant industry has suffered a great loss and our thoughts especially go out to his wife and two boys,” Anthony said. Cardoz is survived by his mother Beryl, wife Barkha, and sons Justin and Peter.
Worldchefs extends our deepest condolences to Chef Cardoz’s family.