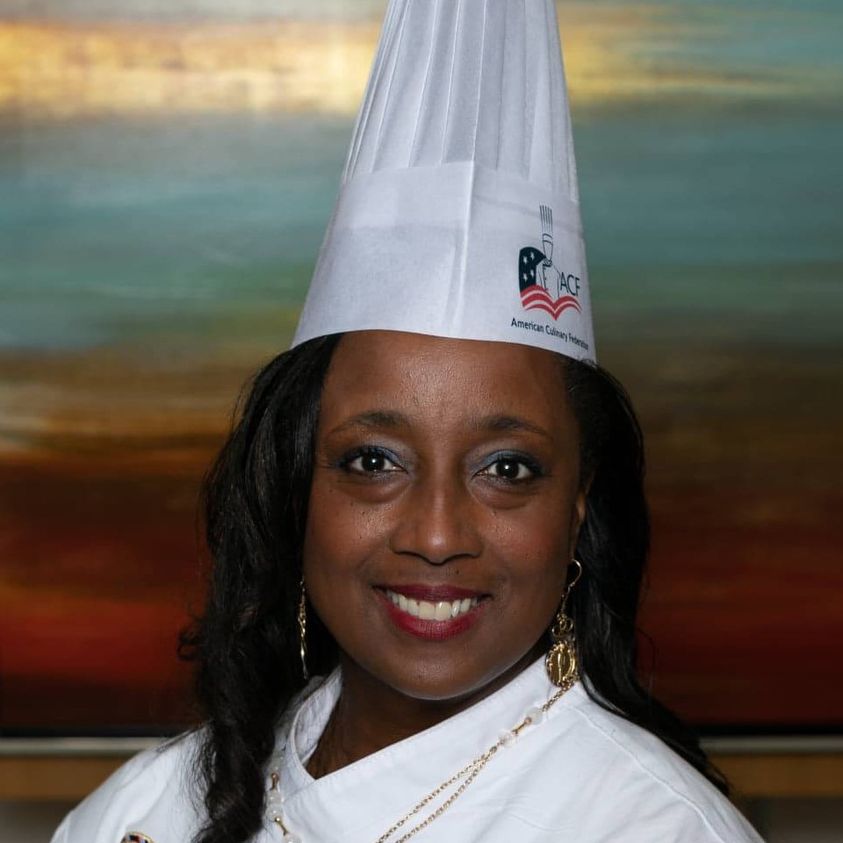 *Originally published on We Are Chefs

The American Culinary Federation announced the election of Chef Kimberly Brock Brown, CEPC, CCA, AAC, as president, among other board positions, during an annual meeting on May 12. Chef Brock Brown will be inducted during the ACF National Convention in Orlando on August 5 and serve a two-year term.

Remaining on the board for a two-year term are Chef Thomas Macrina, CEC, CCA, AAC, past president, and Chef Americo DiFronzo, CEC, CCA, AAC, American Academy of Chefs Chair.

Chef Brock Brown, who is currently serving her second two-year term as Southeast Region Vice President and who has previously served 2 terms as president of her local Charleston chapter, as well as 2 terms on the ACF ethics committee, said she decided to run for president because “I wanted women to have a voice and position of leadership in the organization. I have always preached to others that when opportunities present themselves, you should take them; now I felt it was my duty to practice what I was preaching.”

Chef Brock Brown plans to focus, first, on membership engagement, both at the student level and the professional level. She also hopes to encourage more women and chefs of color to be active and represented in ACF activities and leadership roles.

“We can and should be a diverse, 21st Century federation,” she says. “My work will focus on ways to train and mentor students, recent graduates and up-and-coming professionals. We should be grooming the younger generation to make sure their voices are heard.”

Chef Brock Brown also hopes to encourage others to run for the board and take up other leadership opportunities within ACF. “It would be great to have more seminars geared toward leadership, or information about next steps, especially for mid-career chefs,” she says.

As vice president, Chef Brock Brown focused heavily on enhancing communication between the board and membership. Soon after beginning her first term in 2017 she was the first to host a monthly conference call with regional members in order to keep them informed about ACF news, changes and happenings at the national and regional levels. That call became so popular that many members outside of the Southeast region would join in—including from New Orleans and Ohio chapters. “It has always been a great way to be able to talk, ask questions and exchange ideas with each other, and it was especially helpful last year when we couldn’t get together in person at all.” For many, Chef Brock Brown’s conference call has become a networking tool, not to mention an almost therapeutic outlet for members during tough, isolating times.

As president, Chef Brock Brown hopes to continue her commitment to transparency and communication in order to drive member engagement. In addition, she hopes to find ways to drive resources—financially and otherwise—for members, especially those hit hard by the pandemic.

“I’m one of the many chefs who got furloughed during the pandemic,” says Brock Brown. “So many have lost and are still losing incomes, jobs and careers, so I believe we need to be in a better position to be of help and to advocate for each other. Charity should and does begin at home.”

Born in Chicago and raised in the Western suburb of Maywood, Chef Brock Brown has had interest in food and cooking since a young child. As an adult, she fled to warmer climates, beginning in Dallas and settling down in Charleston, South Carolina. Currently, Chef Brown runs her own business as owner and corporate chef of Culinary Concepts, LLC, offering catering, personal chef and consulting services.

Her ACF membership began in 1981 while completing an ACF apprenticeship program at El Centro College in Dallas. She went on to work as an assistant pastry chef in Atlanta, and as an executive chef(Sweet & Savory) in healthcare and corporate settings in Asheville, North Carolina and in her current hometown. She has served as an adjunct baking and pastry teacher at Trident Technical College and Johnson & Wales University, both in Charleston.  Chef Kimberly has also served as co-owner and corporate chef for a specialty foods distributor in North Charleston.

Chef Brock Brown has participated in a variety of competitions, including the Gulf of Mexico Seafood Challenge in the 90s and she served as a member of Team South Carolina in the Culinary Super Challenge (both ACF sanctioned events) in the years 2002 to 2004. She has also traveled internationally to serve as a judge and demonstrator at competitions in Serbia, South Africa and Turkey in the years between 2013 and 2015.

Chef Brock Brown was instrumental in the development of ACF’s Certified Culinary Administrator certification, as well as becoming one of the first to earn that designation. She has received multiple awards, including an ACF Cutting Edge award in 2015, an AAC service award in 2016, and the ACF National President’s Medallion in 2019. She was inducted into the Hall of Fame at Dallas College – El Centro Campus in 2015.

Chef Brock Brown is a self-published author of “Here I Am!: Chef Kimberly’s Answer to the Question ‘Where are the Female and Minority Chefs,’” and she has contributed to other books, including training manuals; “Real Women, Real Leaders: Surviving and Succeeding in the Business World” and ” Toques in Black: A Celebration of Black Chefs.”

To learn more about the ACF president-elect, visit kimberlybrockbrown.com.