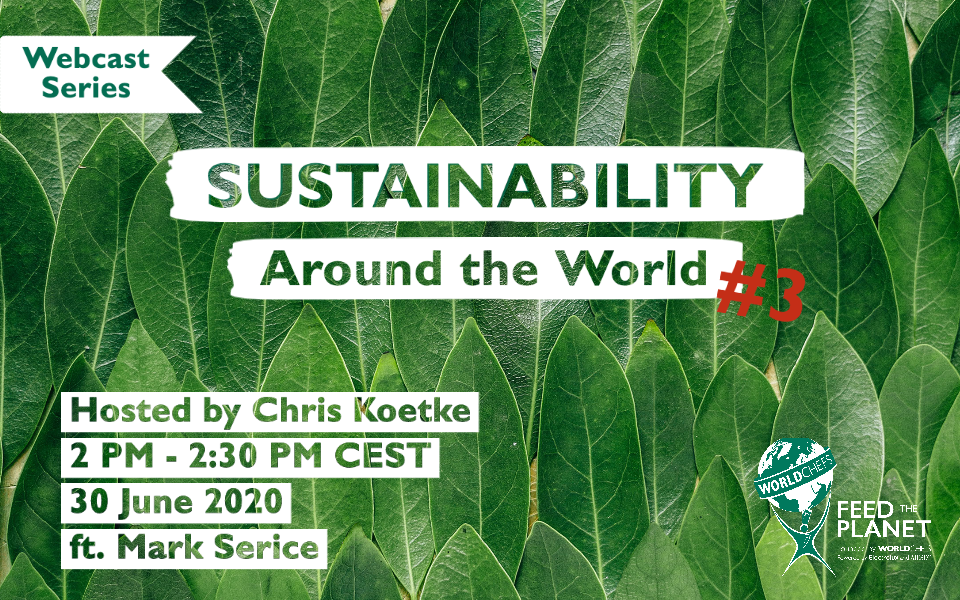 On this episode of Worldchefs’s “green” webcast series, chef Chris Koetke looks into the world of culinary sustainability from a different perspective – suppliers’. Together with chef Mark Serice, Vice President of Global Culinary for Griffith Foods, we aim to understand the key to sustainable food sourcing and supply chain, as well as how chefs can use their power to shift their purveyors and diners toward ethical and ecological practices.

As the Vice President of Global Culinary for Griffith Foods, chef Mark Serice seeks to elevate culinary for the entire organization, while complementing the business development activities of the company’s regional and local chefs.

A native of New Orleans, Mark was heavily influenced by Cajun and Creole cuisine, as well as his family’s shared passion for cooking. He has spent 35 years working in the food industry, with roles as Chef de Cuisine and Corporate Executive Chef for Brennan’s Restaurant in New Orleans. He is a Grand Rotisseure for Chaine de Rotisseurs, a member of the American Chefs Association, and a pending member for both the Research Chef Association and World Academy of Chefs Societies.