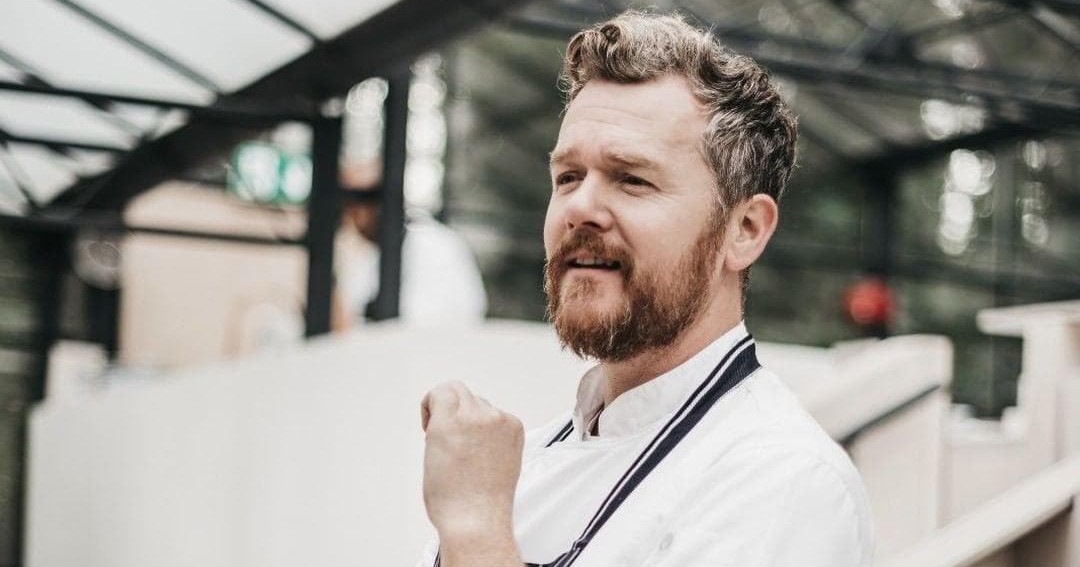 In this episode, Ragnar talks with Arthur Potts Dawson. Dubbed the “The Original Green Chef” by former boss Jamie Oliver, Arthur is an award-winning chef leading a global campaign for sustainable food practices. So how did he go from a Dorset farm to the UN?

At a young age, Arthur became aware of the disconnect between rural and urban relationships to food. With childhood commutes on countryside-bound trains, the question of “where does your food come from” seemed simple for those living in farming communities, like his father, where food production was a part of the community. Your neighbor produced the goat’s cheese, or picked potatoes, or raised geese. But back in the city, the hustle and bustle didn’t provide for that same privilege.

His entry into the kitchen was marked by this same narrative. Arthur started his culinary career literally from the ground up. At 15, he took a summer job picking spinach, and was offered an apprenticeship by one of Britain’s top chefs, Rowley Leigh. Seeing potential in the young farm-hand-turned-apprentice, Leigh encouraged him to pursue an apprenticeship with the Roux brothers.

When he first joined their brigade in 1987, he already recognized that chefs needed to step up to help bridge that divide. “You went to the chef’s restaurant and that chef had secrets of all the recipes and everything was very much behind closed doors,” he recalls. “Your suppliers were secret. Your recipes were secret. Who was in the kitchen was secret. And so he was like a mist; like a magician. But things needed to change. And I need to tell my customer where my food is coming from.”

15 years later, he had worked alongside some of the most respected chefs in the industry, including Rose Gray, Ruth Rodgers, Hugh Fernley-Wittingstall and Pierre Khoffman. Yet when the time came to open his own restaurant, that guiding principle was at the forefront. He had learned how others were doing it, and knew he had to strike out on his own with a new approach.

Out of his commitment to bring the farm to the fork came his first project, Acorn House. With accolades like Sustainable Restaurant of the Year and Best New Restaurant, the industry hadn’t seen a true sustainable restaurant before.

“It has to be a cycle. It has to be holistic. Everything is connected and food is a big connector. And if we, as chefs, don’t begin to respect and understand that, then we are almost guilty of being a party to the destruction of the planet.”

His second concept, Water House, focused on sharing the story of water in the food cycle. Both opened in 2006, these pioneering restaurants had the whole system on show. From rooftop gardens, wormeries and stringent recycling regiments to employing natural light in day-time hours and harnessing water cooling and hydroelectricity from a nearby canal, thoughtful design was employed everywhere.

Yet Arthur knew that two groundbreaking restaurants, however remarkable, weren’t enough to turn the tide. He had to reach more people. The dining room couldn’t welcome everyone, so he turned towards a more accessible venue: the supermarket.

In 2010, Arthur opened The People’s Supermarket, a non-for-profit social enterprise and ethical supermarket. Run by the local community, individuals gave four hours of their time a month in exchange for 20% of their shopping. The concept was designed to connect the urban community directly to rural producers to provide more food security to all and loosen the supermarket’s grip of pricing power from the field to the shelfs.

“If you take control of your food and where you buy it from, you know how much it costs, you know how fresh it is, you know where it comes from. And I will teach you how to cook it,” Dawson promised. He delivered on that with a TV program that’s still running.

While reaching more people though his restaurants, community supermarket, a juice company, TV and speaking appearances, he wanted to go bigger. This meant helping the large retailers, too. He started with a big blue and yellow box: IKEA.

Working with the IKEA Innovations Team, he looked at the menus in their instore restaurants and developed sustainably alternatives, from a new veggie hot dog to a plant-based version of their iconic Swedish meatballs. With 6 billion sold every year, IKEA reports the carbon footprint of the new veggie meatball option is 20 times smaller than their classic.

Embedding his ideals in the cafeteria of this Swedish megabrand isn’t the only way he’s shifting the international perspective on food sustainability. For over 10 years, Dawson has worked as a United Nations Advocate Chef, supporting the UN World Food Programme. He’s also a key voice in the ActNow United Nations campaign for individual action on climate change and sustainability, empowering people to combat food waste and fight world hunger.

Arthur has taken the UN’s Sustainable Development Goals, or SDGs, back to the industry as well. Part of The Chef’s Manifesto, he’s helping to equip over 700 chefs from 77 countries with the tools they need to drive sustainable action in their local communities and national governments. At the 2018 EAT Stockholm Food Forum, Dawson was one of 16 chefs from 13 countries to launch the Chefs’ Manifesto Action Plan. Written by chefs, for chefs, 8 thematic areas equip chefs with a set of actions to drive progress against the food issues that matter most to them.

Chefs’ Manifesto – a thematic framework which outlines how chefs can contribute to the SDGs through simple, practical actions.

His current project, OmVed Gardens, is an Action Hub for the Manifesto. Situated in North London, OmVed is an urban greenscape connecting people to the environment and offering a space for advocacy, events and knowledge-sharing. It’s also a representation of his work toward, building a more resilient food system. Regardless of where you are around the world, “build a closer food system to your local network” and you’ll be better protected against crises like climate change, pandemics, and whatever comes next.

So there you have it. Dawson first worked in some of Britain’s most iconic restaurants: London’s Michelin 3-star La Tante Claire, Cecconi’s, Kensington Place, River Café, Petersham Nurseries, Fifteen Restaurant and Piccadilly Diner. With his own Acorn House and Water House, he introduced a new kind of restaurant to the world, 14 years before the trend. But his work is far from over.

Join Arthur and chefs around the world! To read the Chefs Manifesto, visit www.sdg2advocacyhub.org/chefmanifesto. To learn more about the UN’s Sustainable Development Goals, visit www.globalgoals.org. And of course, head over to www.howtofeedtheplanet.com to see our Worldchefs projects and to get involved.

Want to learn more about the ActNow campaign and learn 10 simple actions to get started? Visit www.un.org/en/actnow.

To read more about The People’s Supermarket, head over to www.thepeoplessupermarket.org.

For more on OmVed Gardens, take a walk with Arthur through the fields and explore their whole website from there. You can also find a tasty recipes, like this one for Roasted Red Romano Peppers with Tomato, Basil and Garlic.

For more seasonal and locally-sourced recipes from Arthur, check out this article from the Guardian. You can also find his cookbooks at your local bookstore and major retailers.

Curious about that veggie hotdog? See what Arthur and the IKEA Innovation team came up with here.

Special thanks to Arthur Potts Dawson for joining us.

Episode 45: Uniting a Nation with Karen Doyle, President of the Australian Culinary Federation