Episode 17: The Art of Umami with Chris Koetke 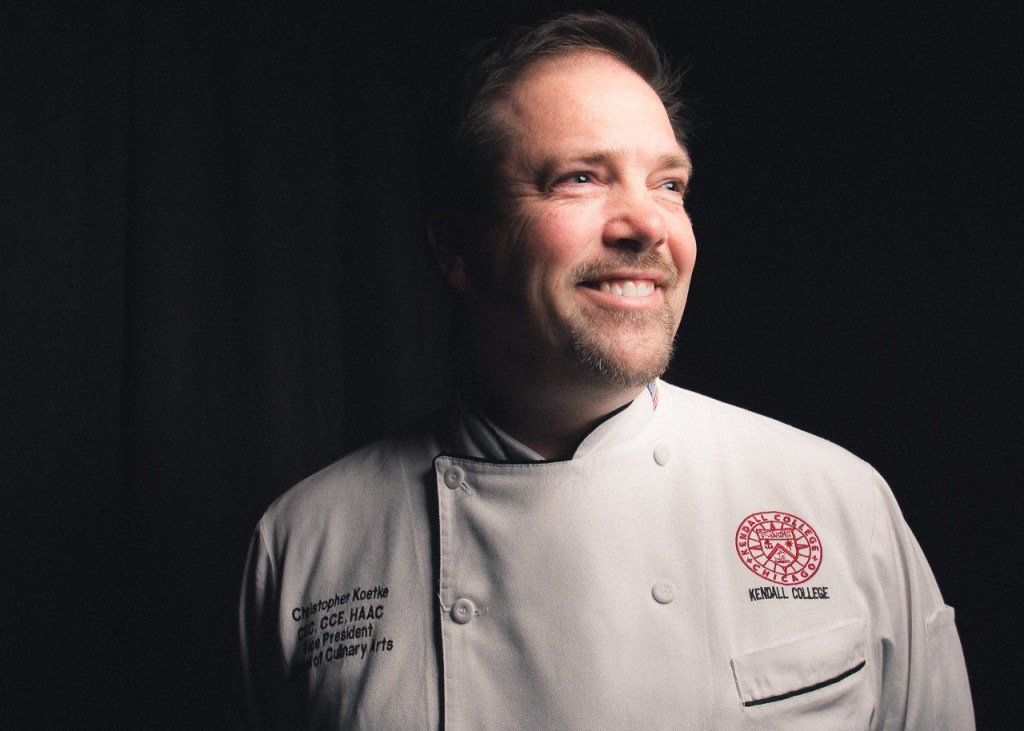 Episode 17: The Art of Umami with Chris Koetke

In this episode, Ragnar talks with Chef Christopher Koetke, umami expert and so much more. He’s taking us through the intersection of science and taste to demystify this often misunderstood 5th taste.

Let’s meet our guide. Chris has worked in culinary arts for well over 3 decades. He’s worked in some of the finest kitchens in the US, France, and Switzerland, and taught at worldclass institutions around the globe.

Whilst working in France, Chris discovered the work of Jean Brillat-Savarin, a French lawyer and politician from the 19th century who gained fame as an epicurist and gastronome. In his famous essay, The Physiology of Taste, Brillat-Savarin has a chapter entitled Osmazôme. Borrowing the term from a French chemist, he used it to describe a flavor principle of meat and meat broths. “What he was basically saying is ‘I sense something in my food that I don’t have a word for,’” says Koetke. Escoffier experienced the same a hundred years later whilst cooking up his veal stock. Intrigued? Us, too.

Now we head to Japan. The year is 1908, and scientist Kikunae Ikeda tastes his wife’s miso soup. It’s so delicious that he embarks on a scientific mission to figure out why. As chemistry professor at the Imperial University of Tokyo, he knows how. He heads to his lab to start dissecting its flavor profiles.

Ikeda recognizes that this special taste appears in things like asparagus, tomatoes, cheese and meat, but it’s different than the four established tastes. His wife’s soup base was dashi, made from konbo, a type of dried seaweed, and katsuobushi, bonito fish flakes. From the seaweed, he isolated an important taste molecule: glutamic acid. He discovered the secret ingredient – glutamate – and published his findings in the Journal of Chemical Society of Tokyo in 1909. He named it “umami,” meaning the “delicious” in Japanese.

It wasn’t until 2002 that his work was translated into English. That same year, taste research out of University of Miami confirmed that glutamates bind to specific tongue receptors, making it officially the 5th taste. Umami had finally joined the ranks of bitter, sour, salty and sweet.

To really appreciate umami, you need to know the chemistry behind the culinary application of amino acids as flavor elements. Amino acids are the building blocks of protein. Glutamate is an amino acid that says “Hey, I’m delicious!” to our taste buds, who then, along with smell, signal that umami taste to our brains.

Glutamate content increases as food ripens or matures. Fermentation, drying, long cooking processes: these all up bump up the glutamate. Think about where we find umami rich ingredients: miso, fish sauce, soy sauce, dried beef, parmesan cheese, to name a few. “What’s happening in all those instances is we’re fermenting the product. And during that fermentation process, there are enzymes that act like scissors, and they just snip apart the proteins and extract the amino acids.”

For cheese, the longer the aging process, the more time the enzymes in the cheese have to cut apart the proteins. Even ripening on the vine does this. As a tomato ripens, the natural content of glutamate increases. These processes separate out the glutamate, allowing the good stuff to bind to our taste receptors.

Now we know that glutamate occurs naturally in foods and in our own bodies. Where else can you get it?

After his big discovery, Ikeda created a stabilized version of glutamate with sodium, christening it monosodium glutamate, commonly known as MSG. When this chemical compound reacts with the moisture on your tongue, the sodium and glutamate split apart. Think back to those taste receptors. Now that the glutamate is back on its own, that taste magic can happen.

Ikeda founded Ajinomoto Co. Inc. in 1909, commercializing MSG seasoning extracted out of molasses and tapioca starch. It became an essential on every dining table in Japan. It took took off in the US, too, but it hit a snag in the 1970s.

“The glutamate in monosodium glutamate and the glutamate that you find in miso are absolutely chemically identical. It’s exactly the same thing that bumps into taste receptors,” says Koetke. So why has it gotten such a bad rap? To make a long story short: prejudice, stigma, and bad publicity.

In 1968, a letter to the editor in the prestigious medical journal New England Journal of Medicine described one man’s anecdotal account of symptoms he experienced after eating at American Chinese restaurants. He theorized that it was caused by one of ingredients in the food: sodium, Chinese cooking wine, or MSG. Despite being completely unsubstantiated, the letter changed the way people thought of MSG, and ushered in a new term called the “Chinese Restaurant Syndrome.”

The misconceptions and health concerns around MSG have been disproven by science. But decades of misinformation are hard to undo. Chris admits that his own education on the reality of MSG came from a young Philippino student.

“I always kind of laugh at this,” says Chris. “People will say, ‘Oh, I love to cook with umami rich ingredients. I will put parmesan in my pasta and wow, I get umami. But I will never use MSG.’ If you think about it, that’s kind of like saying, ‘Oh, I will use parmesan because it’s salty, but I would never season with just salt.” It’s as simple as this: if you’re looking to punch up the umami in a dish but don’t want to add another flavor profile, you reach for the MSG, just like you would with salt.

When it comes to this 5th flavor, “we intrinsically like umami. All humans do from the very, very young age,” Koetke explains. 2-month-old babies love umami. Breast milk has 18 times more umami than cow’s milk. Why?

“Each one of our five tastes does something for our survival,” says Chris. Bitter helps detect poison. Sweet indicts calories. What good is umami for? The theory is that the umami flavor is how our body interprets protein. We all know sweet and savory make a good combination, even down to breast milk. But it’s more than that. Taste is communicating to our bodies that we’re receiving necessary nutrition: calories and protein.

“All over the world, when you tend to see things that are fermented, that are dried, that are cooked a long time, you will inevitably find [glutamate], if there’s a protein source. There has to be the protein there.” Favorites from around the globe – smoked salmon, dried fish, vegemite, kimchi with anchovies – they’ve all got it.

If you aren’t drooling yet, we asked Chris: What is the ultimate “umami bomb” recipe? Here’s what he puts together.

Chris goes for scrambled eggs seasoned with MSG, but of course it doesn’t stop there. He serves that up with a umami-heaven ragu sauce, laced with parmesan, chopped salami, sun-dried tomatoes, and dried mushrooms. Yes, Chef!

There you have it, the essence of deliciousness.

“We’re only scratching the surface here,” says Chris. If you want to learn more, he suggests you visit www.whyusemsg.com and the Umami Information Center.

Want a practical way to learn what umami really is? Here’s an easy Chris does with chefs to help: “Take a piece of salmon, season the one with salt. Seasoned the second one with salt, a little MSG and cook them side by side. Or take two soups, add MSG to one, and taste them side by side. Because the MSG is pure umami. And so by doing that, you can actually sense that difference. And the difference is that thing that we call umami.”

Looking to reduce sodium in your dishes? Chris has another tip for you that will turn everything you’d heard before about MSG on its head. “Let’s imagine you have a hundred grams of salt. If you take that and you do 60 grams of salt, 66 grams, whatever of salt, 34 grams of MSG, so basically a third and two thirds, you reduce sodium by 25%.” What you’re doing is stimulating both the taste receptors on your tongue that are looking for salt and umami. You’re just getting more bang for your buck – a fuller taste with less sodium.

Did gourmet Jean Anthelme Brillat-Savarin pique your interest? You can find his 1825 classic, The Physiology of Taste, online for free in French and in English.

You can hear more from Chris on our series Sustainability Around the World, and can get involved in our Feed the Planet projects at www.howtofeedtheplanet.com.

Chris is also the President of Complete Culinary LLC, a consulting firm dedicated to the 360° comprehensive view of food and beverage. Read more about him and his company at www.completeculinaryllc.com.

Special thanks to Chris Koetke for joining us.