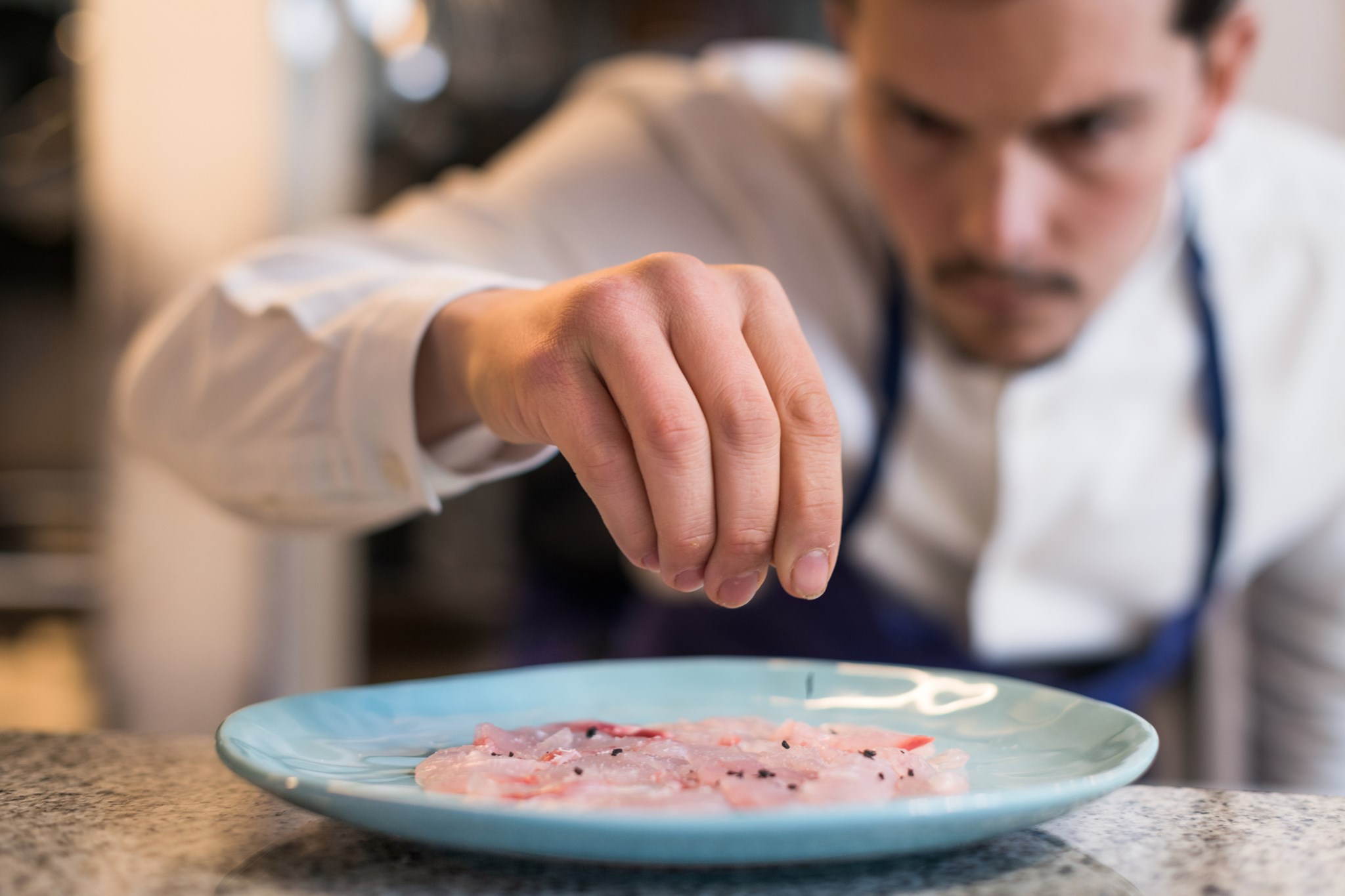 In this episode, Ragnar talks with Juan Arbelaez, celebrity chef and entrepreneur. At 18, he left his home country of Colombia and arrived in France with 50 euro in his pocket. With his passion for cuisine and a dream to work with the best, he carved his way to a culinary destiny.

When it comes to the table, Juan always had ambitious ideas. As a child watching his mother and grandfather in the kitchen, he felt he was witnessing a superpower — bringing people together around a meal.

“When they cooked, they had this superpower of taking people together. Even if you have a troubling family, when we go to the table, we forget everything. It’s a place to share.”

In his home, cooking was for pleasure and for family. For Juan, he knew it could be a lifestyle. Leaving Bogota in 2008 to pursue his childhood dream in Paris, he knocked on the door at Le Cordon Bleu Paris, without money to pay for his studies. The Director opened the door for Juan in so many ways, offering him a proposal to work in exchange for his tuition. In 2009 he graduated with a Grand Diplôme, completing the Cuisine Diploma and the Pastry Diploma.

Starting his career with an internship alongside the 3 Michelin-starred Pierre Gagnaire in Paris, Juan cut his teeth at the Four Seasons Hotel George V’s Le Cinq as commis de cuisine. He soon rose in the ranks, as demi-chef de partie under Weimar Gomez and the right-hand man of Chef Eric Briffard MOF (Best Craftsman in France).

During his time at Le Bristol with Éric Frechon, Juan was selected for “Top Chef” France, where he met his future head chef, Chef Jean Imbert, joining his restaurant l’Acajou as Chef de Cuisine.

In 2015, at just 25, Juan opened his first restaurant, Plantxa. Since then he’s opened 7 more establishments, each featuring his colorful, vibrant approach, with food and stories meant to be shared.

“There’s a lot of failures in success. I think that’s why we have a lot of successes — because we try a lot. It’s not because everything we try is a success. It’s just because we never get tired of trying.“

After achieving great success in Paris, Juan wanted to be part of something bigger: part of the solution. He works with Action Against Hunger, HandiSurf, UNICEF, and NoMorePlasticis to be an ambassador for change. “We have a lot of work to do and I want to be part of the solution. I spend a lot of energy on that and I’m happy to do it. That’s really important for me.”

Amid the COVID-19 pandemic, he’s tried to do best by his colleagues and community. Early on, Juan started to share recipes and advice for chefs put out-of-work. His kitchens have produced meals for students and for hospitals during the pandemic. After his own restaurants were closed, his team adapted to takeout, wanting to provide people with uncompromising cuisine rather than settling for takeaway giants and fast food. “We are chefs, we cook,” he says, “So let’s share what we know how to do, and let’s cook for the people. We try to never stop.”

“My energy is with all the people who had to close because the time is hard. And I hope we can share some good vibes with this podcast.”

To learn more about his restaurants and cookbooks, visit his website.

Together with Juan, you can be a part of the solution. Learn how to get involved in sustainability and social action projects at www.feedtheplanet.worldchefs.org, and join our community for the latest updates.

Want to bring your home cuisine and heritage recipes to chefs in faraway places? We want to share your stories, too! Click here to connect with our team and get featured on Worldchefs platforms with food that matters to you.

Don’t forget to subscribe to Worldchefs Podcast: World on a Plate! Choose your favorite listening platform from the right panel or go here to subscribe!

Special thanks to Juan Arbelaez for joining as as a guest.